Six Degrees of Separation - The Luminaries 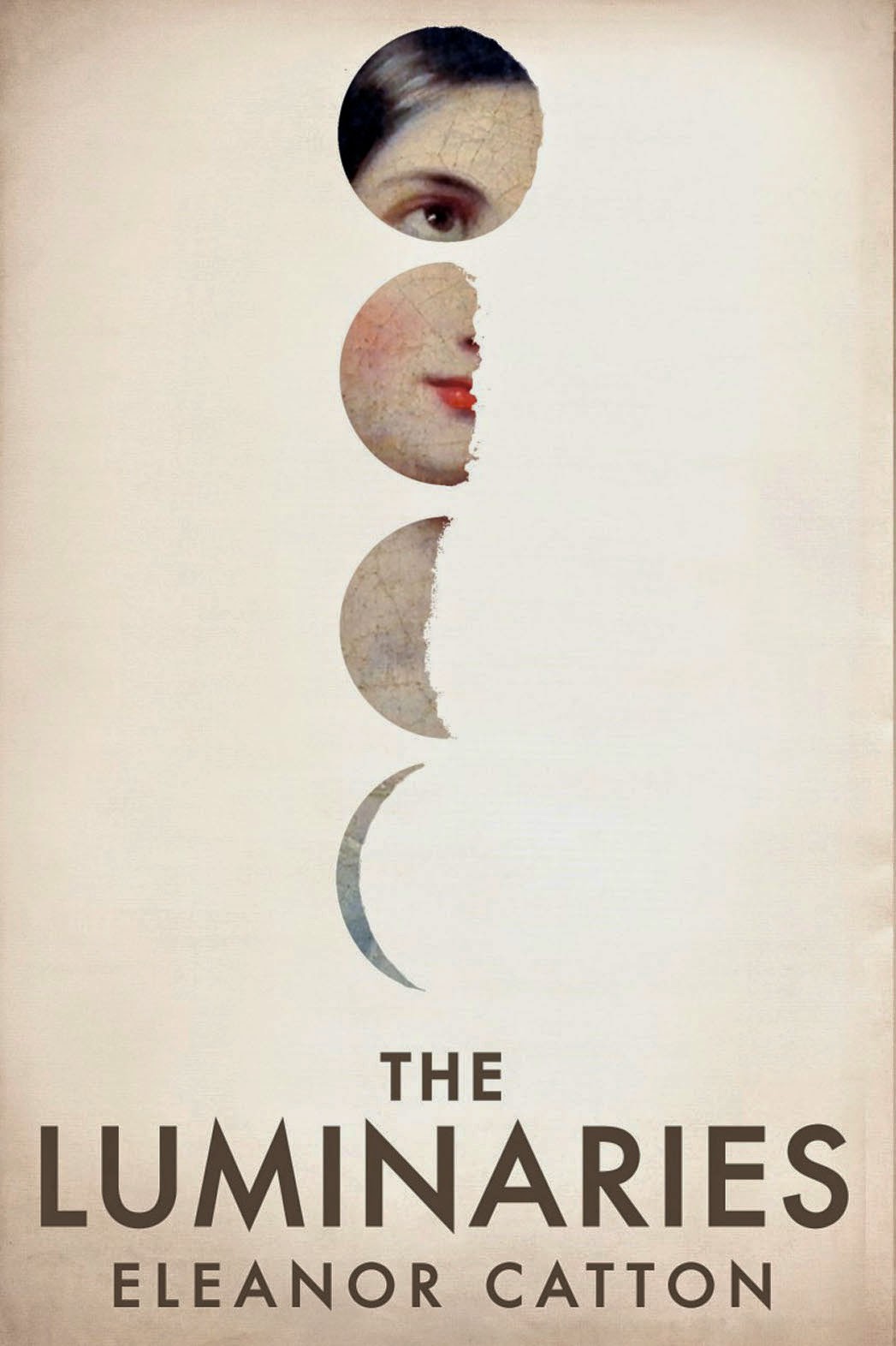 So, it's time for another instalment of Six Degrees of Separation. This month's book is The Luminaries by Eleanor Catton. The Luminaries is the longest book to ever have won the Booker Prize, at 832 pages, and Catton is the youngest winner at 28. Set in the New Zealand goldfields of the 1860s, and (very accurately) imitating the language of a Victorian-era novel, it tells the story of the locals of Hokitika as they try to unravel the mysterious death of a local man who left behind a fortune. There is no doubt that it's a masterful piece of literature - it's certainly ambitious, with the plot and characters being based around the zodiac, and with the length of each chapter getting shorter as the fortune gets smaller, but to my mind the structure was a bit too ambitious, to the detriment of the story. I did quite enjoy it, and it does what Catton intended it to do, so I wouldn't really change anything about it - but at the same time I don't know if I'd recommend it to someone unless they had a lot of staying power and really enjoyed the genre.

I initially picked up The Luminaries for essentially the same reason I picked up Burial Rites - I'm trying to read more new fiction this year. I'm also trying to break my habit of focusing on shorter books, which was why I also picked up Christos Tsiolkas' latest book, Barracuda. Barracuda is about a working-class Melbourne teenager who is given a scholarship to an exclusive private school because of his swimming ability. The book follows him for decades and I don't want to give away any of the major plot points, but suffice to say I absolutely loved it and I would recommend it to anyone.

Tsiolkas dedicated Barracuda to my friend Angela Savage, who I first met because we argued on Twitter about what the "first" novel was. There are about twelve different candidates for the title of "the first novel" depending on what your definition of "novel" is - she had said it was Murasaki Shikibu's The Tale of Genji, whereas I said it was Lucius Apuleius' The Golden Ass - but although we failed to come to an agreement it's always nice to have someone to discuss ancient literature with.

(It's worth noting that even if you assume the novels of Rome count, The Golden Ass was not the first. It's the earliest one we have a complete copy of, but Petronius' Satyricon (only partial copies of which survive) was written a century earlier, and there were probably others that didn't survive at all. So Angela may or may not be right, but I was definitely wrong.)

Anyway, I read The Golden Ass while I was at Uni, for a class called Myth and Mythmaking, which explored a number of ancient myths and the psychological framework that underpinned them - mostly based on the work of Carl Jung.

Another book I read in that subject was the Epic of Gilgamesh, and the related Inanna's Descent - ancient epics from Mesopotamia. These myths had profound impacts on later mythologies (Gilgamesh's flood and Noah's flood are almost identical, and Inanna is essentially Venus/Aphrodite) but the story of Inanna in particular was a great inspiration for Neal Stephenson's Snow Crash, one of my favourite science fiction novels.

Snow Crash is set in a neo-feudalistic dystopia where the government of the USA has largely ceded control of the country, and various competing corporations have sovereignty. A large portion of the story takes place in the Metaverse, which is kind of a virtual-reality successor to the Internet. Snow Crash is both a drug in the real world and a virus in the Metaverse, and is capable of incapacitating people through either vector.

I won't give you the long version (although, spoilers ahoy!) but the story goes that Inanna's Descent, as well as aspects of the Epic of Gilgamesh and various parts of the Bible, are mythologised retellings of actual historical events (a trope it shares with Stargate, and one I am a big fan of). Essentially, before Enki (a character in both myths) came along and disrupted things, humans were not conscious - they had the power of language but they acted like automatons, and Sumerian was like machine code for the human brain, in that it made them do whatever they were told. This was useful in many ways but it was starting to be exploited, so Enki stopped it from working and forced us to learn all the subsequent languages (a la the Tower of Babel) and to think for ourselves, thus giving rise to consciousness as we know it. The main villain discovers ancient Cuneiform tablets from that era, and the Snow Crash virus is essentially a way of returning us to the old state of affairs.

This idea that consciousness is an acquired, culturally-inculcated skill that only arose in humans in relatively recent history is not something Stephenson plucked out of nowhere - it is (loosely) based on a theory expressed in detail in Julian Jaynes' seminal work The Origin of Consciousness in the Breakdown of the Bicameral Mind.

Jaynes posits that human beings were not conscious (at least, not in the way you or I are) prior to about 1000 BC, and that in the place of conscious deliberation and introspection, volition was mediated by hallucinations; he uses the metaphor of bicameral government to illustrate the way the two hemispheres of the brain made decisions. He draws from many historical and anthropological sources, as well as phenomena just being discovered in the brains of modern people around the time the book was written in the 1970s. He also makes a number of predictions, based on the implications of his theory, about what neuroscience would subsequently discover.

Unsurprisingly for such a speculative theory, a lot of it has been discredited since - though the book is still fascinating and has been quite influential because it was wrong in interesting ways (which you often see when people make great leaps in science. Freud is another example). However some of his ideas have been validated by recent advances in neuroscience, and I was powerfully reminded of Jaynes' work when I read The Tell-Tale Brain by VS Ramachandran some time later.

From memory Ramachandran doesn't mention Jaynes at all in the book, but nonetheless many of the phenomena he discusses tally with Jaynes' work, and paint a picture of consciousness that is fragmentary in similar ways. Ramachandran is most famous for his work on Phantom limbs and they provide a particularly useful insight into the way our brains construct the conscious image of the world as we experience it.

I feel like I'm drawing slightly long bows for some of these, but there you have it - from the goldfields of Hokitika to ruminations on the nature of consciousness in six steps. Hopefully you get something out of some of the books here.
Posted by Simbera at 10:45 PM